« Back to Blog, Homemade, Vegetable garden 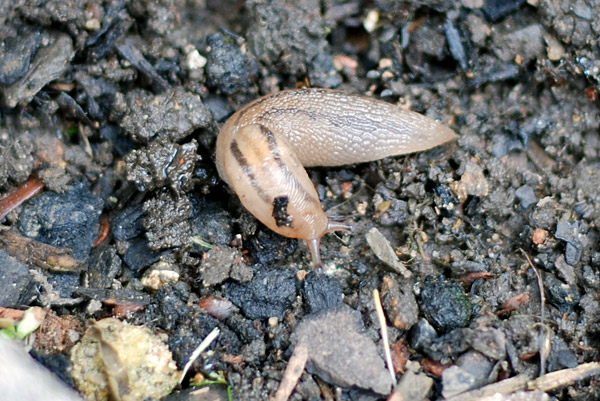 Last week I declared war on the slugs in the garden. They’d developed an appetite for my lettuce, strawberries, geraniums, spinach seedlings and tomato leaves. So I set up some beer slug traps – they’re animal safe and involve no nasty chemicals. 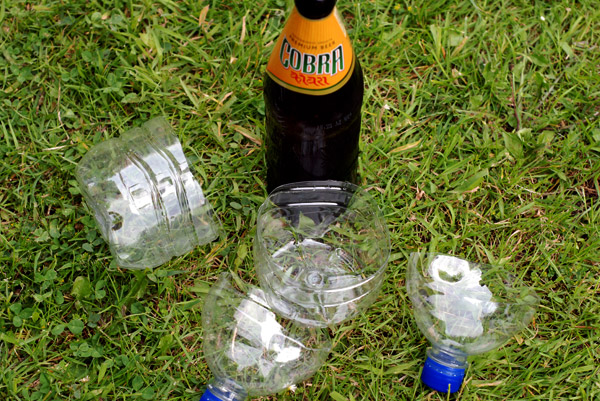 I had a couple of old water bottles laying around so I cut the tops and bottoms off to put the beer in. Each trap was around 7cm tall as I wanted to make sure it would be hard for them to crawl out if they fell in. I started off with Cobra because it was the cheapest (and on offer!) Tesco Express had at the time but later that week I discovered Sainsburys Economy Bitter – they preferred this one out of the two, which is good because it’s only £1 for 4 cans! 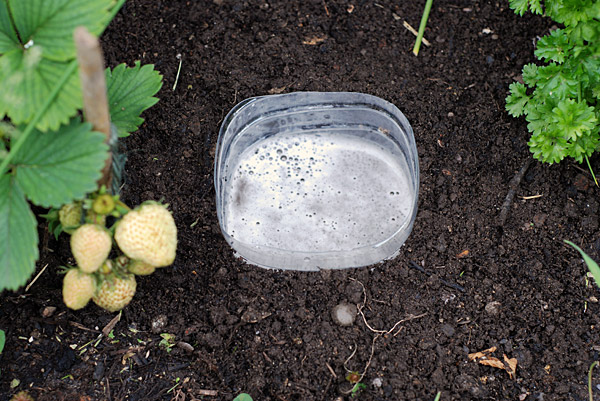 I put the traps in the soil ready for the thirsty slugs…and waited. 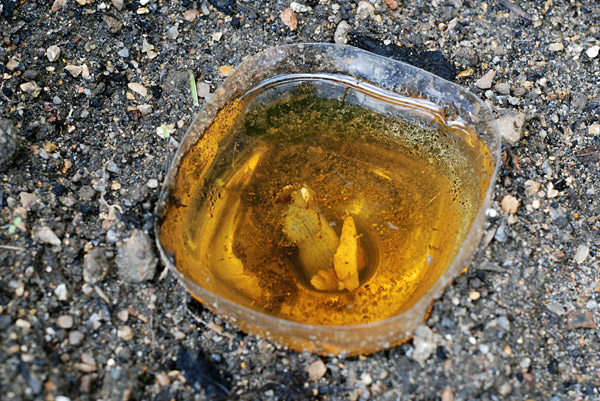 The next morning I found 7 slugs in 2 traps! It gave me a better idea of which areas most of the slugs were hiding. I had a poke around and I’ve discovered they like lurking in the woody stalks of the lavender and rosemary bushes and the snails have been latching on to the underside of my strawberry and geranium leaves. So I picked them out before they were able to munch on anything.

I preferred using the tops of the bottles because all the slugs fell into the bottle neck – and as I removed it from the soil and carried it away I didn’t get any slugy beer juice on my hands. These traps are not for those with sensitive stomachs; some of the slugs look truly horrific when they’ve spent a night bathing in beer…

You may also like: Ethical eats: Canteen, London Back to top ↑