« Back to Blog, Ethical eats, Food

A couple of weeks ago, I discovered a restaurant in Spitalfields called Canteen. Canteen sell ethical, classic British food with a modern twist and many of the ingredients are sourced from the UK. 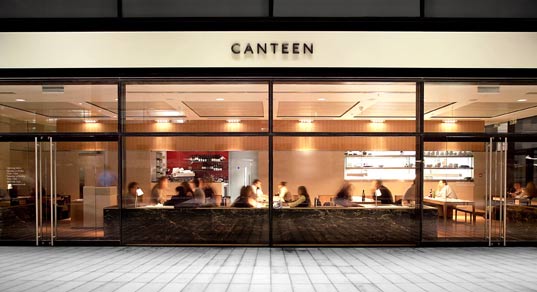 The restaurant feels like an upmarket canteen (hence the name!) with retro chairs and long wooden tables (communal and bistro). Cosy booth areas with soft seats are also available.

This is one of the tastiest places we’ve eaten in London recently. Canteen’s food is simple but delicious and they have good selection of vegetarian dishes. Items currently on the menu include sausages and mash, pies, winter vegetable stew and free range roast chicken. Canteen describe their food as,

The drinks menu features British bottled beers, ales, stouts and ciders and they have also have ales on tap from the Greenwich microbrewery, Meantime.

What did we think?

We went for an evening meal during the week. The restaurant wasn’t full but all the tables were booked so we were told there were no free tables. We stood outside the restaurant for a few minutes whilst deciding where else to try and one of the staff came out and said someone had delayed a booking and there was a free table afterall. So if you are thinking of eating there, it’s worth booking in advance. I’ve tried to go for lunch since with no luck.

I had a butternut squash and paprika pie with mashed potatoes, greens and gravy. The greens were lightly fried in butter and were so tasty I think they could convert even the most stubbon greens hater. My partner had roast beef which was tasty but slightly chewy. The roast was a generous serving topped with a homemade yorkshire pudding.

So if you fancy some British comfort food in London, Canteen is your restaurant.

You may also like: Welcome to anderra! Back to top ↑