« Back to Blog, General information 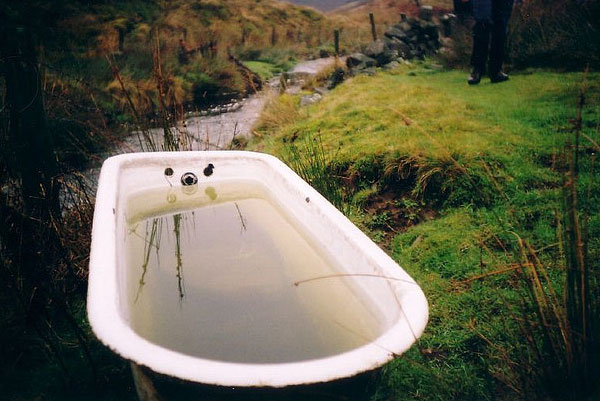 Yesterday I read an article I really enjoyed called ‘Could you give up washing?’ from the Guardian Eco. It stated that ‘soap dodging’ is becoming increasingly popular for saving water, reducing exposure to chemicals in many personal care products and for restoring the condition of your skin. If this idea appeals to you, the article would be worth a read!

“The New York Times has just reported on a new trend towards what’s sometimes known as soap-dodging. Among those who have cut down on daily showers, baths or hair-washing were a woman who swipes a sliced lemon under her armpits instead of deodorant, another who uses baby wipes to freshen up after her lunchtime runs, and a salesman who shampoos only once a month and gave up anti-perspirant for three years.

There are, of course, environmental benefits. In a bid to reduce his carbon footprint to the absolute minimum, environmentalist Donnachadh McCarthy, 51, limits his showers to about twice a week. “The rest of the time I have a sink wash,” he says. “I believe that I’m as clean as everyone else.” It has helped him to get his water consumption down to around 20 litres a day – well below the 100 to 150 average in the UK.

As McCarthy points out, it’s only recently that we have expected people to bathe or shower every day. “When I was a kid,” he says, “the normal thing was to bathe once a week.” Head much further back into history, and we find Elizabeth I bathing once a month, and James I apparently only ever washing his fingers. In 1951, almost two-fifths of UK homes were without a bath, and in 1965, only half of British women wore deodorant.

Now we have begun to fetishise extreme cleanliness, to create the kind of culture where, as McCarthy says, it’s not entirely unusual for people staying in hotels to churn through 1,000 litres of water a day – showering in the morning, after a sauna, after the swimming pool, before dinner, before bed. The international market for soaps of all kinds is now $24bn a year. And some dermatologists fear that this intense, regular washing is stripping our skin of germs that could actually be beneficial to us, that help our skin stay healthy, balanced and fresh”.

You may also like: Retromercials – old health and beauty adverts Back to top ↑